The Two Sides of RHS Photography

Blake Bickford and Daniel Everett share their experiences from the Photography and Photojournalism classes. 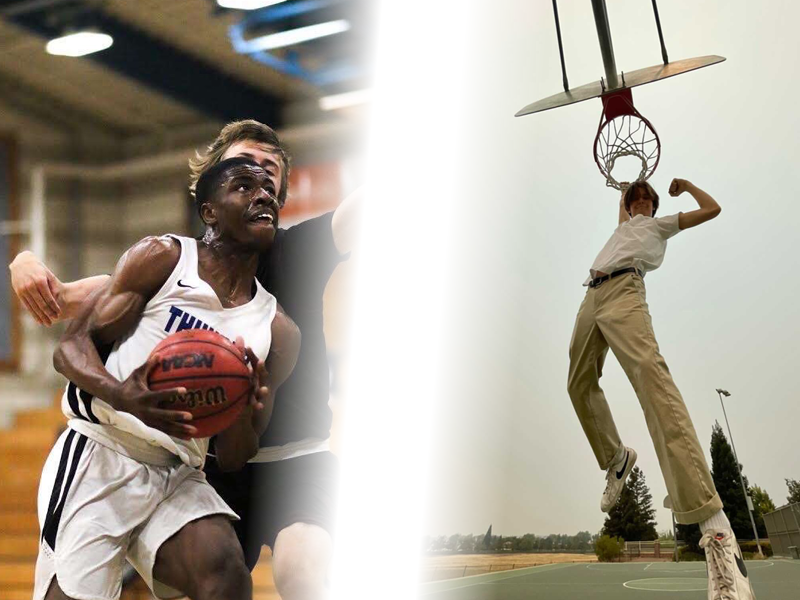 In today’s world, anybody can be a photographer. Almost everyone carries a camera with them in the form of their phone, so photography is a skill that anyone can benefit from.

Many students at Rocklin High have already jumped into the world of photography through classes such as Photojournalism and photography IV. So, how do these classes compare this year at Rocklin when it comes to classwork and assignments?

Senior Blake Bickford has taken the photography elective for all his time at RHS, and is currently taking Photo IV. He didn’t have any experience or reason when joining Photo I in his freshman year, other than that it sounded interesting.

“It’s my favorite elective, so I’ve been following it through,” said Bickford.

Currently, the Photo teacher is Mr. Nichols, who was previously the publications teacher a few years ago. Mr. Nichols returned to teach photo due to Mr. Kaylor’s unfortunate passing last August.

“Mr. Kaylor is no longer with us, sadly, and before that I had Mr. Shields, but every single year the photo teacher has been great.”

Traditional film cameras are a key point to the class, along with developing the film in a darkroom that’s here on campus.

However, they are mostly assigned to go out with the digital cameras and take photos with them. Not only are they getting more experience with the cameras, but they are also using their photos to build a portfolio that holds all their work.

“My favorite types of photos are action shots, because there’s a whole movie going on around you and it’s just like a moment during that.”

With photos taken by a digital camera, students in photo also learn photoshopping skills. Photo IV hasn’t gotten to it yet this year, but it’s sure to come.

“I’ll go out with my friends, and if they’re playing sports then I’ll take photos of them. I [also] just like taking photos of my friends.”

Though he isn’t interested in a career, Blake has really enjoyed taking the photography class for the last few years, and wants to own a camera in the future so he can continue taking great photos.

Senior Daniel Everett is currently in photojournalism II, and has also taken photo II in the past. During Daniel’s junior year he started taking photojournalism I as opposed to photo III, so he knows about both classes.

Photojournalism is more about the media side of taking photos, as opposed to the strategies learned in photography.

“During class we’ll go out and take photos and do assignments with them for the yearbook,” said Everett.

For homework, the students are assigned to go to RHS events and take pictures there. The photos taken are then sent to publications or journalism for either to use.

“You kind of pick what you want to shoot, and it’s about three photoshoots you need to get done in a month,” said Everett. “Most of my photoshoots last year were for basketball and soccer.”

Sometimes publications or a sport wants the photos from a photoshoot, but most of the time the photos end up in Daniel’s folder.

Photoshop is also a big part of the class, as many of the photos need to look the best they can for the yearbook.

“We pick out the photos we really like and try to make the photos look good for the yearbook. It’s a whole process.”

Social media makes it really easy to share the photos around Google Drive with publications, and many times RHS athletes themselves will ask for the photos directly.

Daniel doesn’t want to be a professional photographer as a career, but he does think that the class has taught him the skills to be great at taking photos.