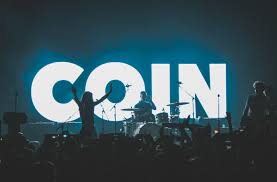 Coin’s third full album, Dreamland, was released on Feb. 2 and has received a lot of love from their fans. The selection of songs is the perfect balance of indie with a little bit of a rock style.

There are songs from the album that have an upbeat and positive vibe such as “Simple Romance” and “Crash My Car”. These songs put a little groove into your music taste because it is something different than the other albums that have come out recently.

“I really like Coin’s new album and my favorite was ‘Crash My Car’ because it was catchy and I thought the story behind it is really cool,” Jayice Savage, a fan of Coin’s music, said.

This very vibrant and different album had the perfect amount of unexpected slow and relaxing songs and upbeat songs that make people want to dance and sing along.

This album also features songs that reminiscent of the nostalgia of old friends and the times that you’ve had with them and how far life has taken everyone.

Coin’s ability to express themselves in music is unique and inspiring to others as it reaches all the fans that listen to their music.  Dreamland is now streaming on multiple streaming services and anyone is able to access the album, so add some more music to your life.