A Wrinkle in Budget 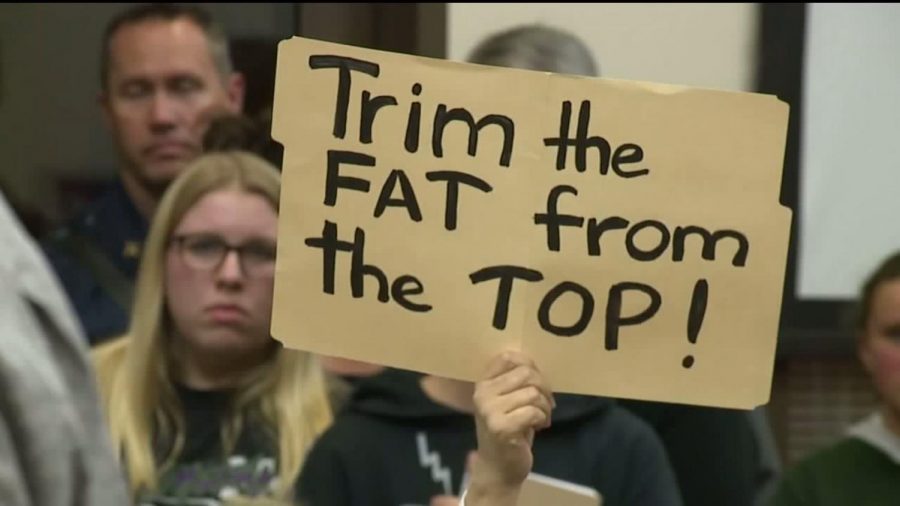 There’s a rumbling in the distance, brewing just outside the Storm. The students of Rocklin High School are abuzz as it looms closer. What is it, what is it? The 2020-2021 budget cut.

Most students in RHS have heard about the incoming (Ha, get it?) budget cut, and students are concerned over the approaching changes that’ll happen next school year, but those concerns seem to differ with each group. In order to understand that, let’s go back in time a little.

This budget cut isn’t as sudden as people are making it out to be. In fact, it’s been in place as early as the last school year. RHS tried to decrease funding in order to meet the minimum reserve of three percent and even laid off a few jobs. Things went back to normal this year, but that won’t last long.

According to the official Frequently Asked Questions document, “Currently, if the District does not make cuts, the overall reserve will dip below the required 3% in the third budget year (2022-23). This will result in the Placer County Office of Education not approving RUSD’s budget.”

Now that we’re all on the same page, back to student concerns. In order to save a minimum of three million dollars, there will be a cut to Special Education, Visual and Performing Arts, and freshmen sports. The cut will lessen teachers for the first, decrease overall funding in the second, and entirely remove the payment of freshmen coaches.

The last one is something teachers are most concerned about, saying that now freshmen coaches have to volunteer instead of getting paid. The student concern is obviously that there’s a high possibility that freshmen sports might cease to exist, because who would volunteer to coach freshmen for hours on end without pay?

Teacher opinions aren’t as clear-cut, and they range from positive ones, like “the cut will barely be noticeable”, to cynical ones, like “it’s just a way to pay the big-wigs some more”.

The cynicism is based on the fact that these decisions were made by people outside the RUSD, meaning they’ll be unaffected. The same can’t be said for elementary and middle schools, what with the possibility that the VAPA cut might completely remove VAPA programs from the aforementioned.

Which brings me to the next teacher concern, that these changes might drive parents to enroll their kids in private schools rather than public schools. That might seem random, but considering the fact that parents want their kids to be able to expand on their hobbies at school through sports and VAPA, it’s not that far a stretch.

A lot of students have gained valuable experiences from VAPA, so to lose that at such an early age would be a big hit to their creative growth.

But all hope is not lost. My most recent interviewee confided that the budget cut is still being adjusted, and among the possible changes is keeping fifth and sixth grade music and keeping the freshmen coaches’ pays.

There is still much to be done and altered before a final decision is made, and nothing is set in stone, so don’t fret too much and , hopefully, things will work out for the better.