Another successful VAPA assembly for the books. 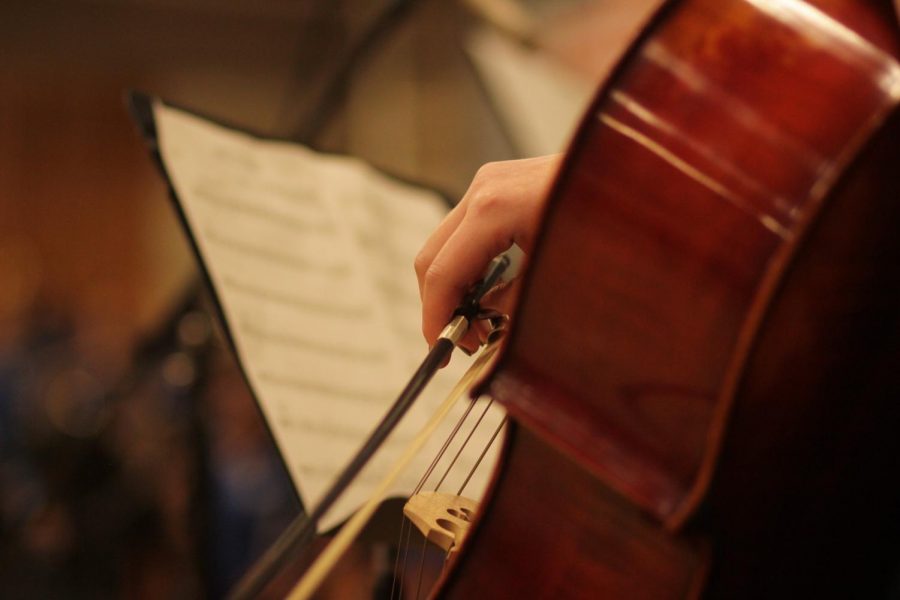 Students shift in the bleachers, chatting with their friends and anticipating what’s to come. They slowly quiet down as the activities director, Mr. John Thompson asks for their attention. And then the visual and performing arts (VAPA) assembly starts.

The VAPA assemblies occur each year after the end of the first semester and are held to showcase the art and dance programs at Rocklin High School and to show students what some of the classes entail. As students gear up to pick classes in the coming weeks, the VAPA assembly is a resource for choosing which class they want to take for their mandatory VAPA credit.

This year, the assembly featured performances by Dance II, III and IV including several choreographed by students. Also shown were slideshows with work from the art, ceramics, photo and digital art classes. The string orchestra, wind ensemble and the jazz bands represented the instrumental music program while advanced women’s ensemble, chamber choir and men’s chorus all sang.

“Band was really fun [to perform with]. We played Aladdin [in wind ensemble] and that was a really good arrangement, so it was really fun to play. Theater was a little stressful because we didn’t know where we were going at first, but it was fun to perform for theater,” said sophomore Shea Coughlin.

To give a glimpse of Theater IV, two seniors performed a short skit as elderly women getting together to knit. The witty dialogue about their grandsons had the audience howling before a sneak peek of the winter musical. To advertise the upcoming show, the cast sang Lullaby Broadway from their musical, 42nd Street.

The audience clapped as the final act came to a close and it’s safe to say that students and teachers are eagerly awaiting the next assembly.