Google Has a New Look on Gaming

Google Stadia is a way to play video games anywhere, but it isn’t the best. 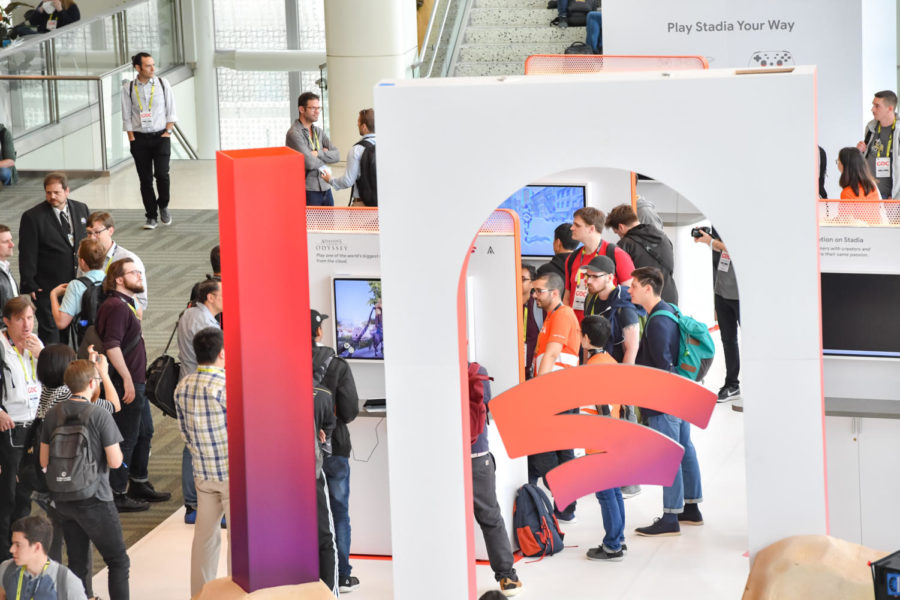 “The future of gaming is not a box,” says Google.

For more than 30 years, gaming has had a simple formula on how to play video games. All you need is a console, a controller and a screen. In recent years, more games have gone digital; a game is purchased and downloaded from a console’s online store. Now, with the help of streaming, some companies are working on making the console itself digital.

Google is the first company to take this idea to the next level. They believe that games should be played anywhere, so they created Stadia. For $129, Google Stadia comes with a controller, Chromecast Ultra and access to the Stadia app where games are purchased. The controller itself is pretty basic, but that’s not what Stadia is focusing on.

In short, the way Stadia works is by streaming a game from a collection of consoles directly to a phone or monitor. By connecting Chromecast Ultra to an HDMI port, games can also be played on a TV.

Google has also said that games are streamed in 4K and can actually compete with PC level graphics. In theory, Stadia is an inexpensive way to play some of the best games of the decade with amazing graphics and little to no delay. It didn’t really work out that way.

On November 19, 2019, Google Stadia was released to the dislike of many. One of the main reasons is that it just is not as inexpensive as it appears to be. After your first 3 months, it costs $10 to play per month; the games themselves still need to be purchased for their full launch price. For example, NBA 2K20 is constantly on sale on Xbox and Ps4 for often $30, but it will always cost $60 on Stadia.

The graphics have also been a disappointment. The games clearly don’t run in 4K, and they even look better on the Xbox One X. The delay has also been an issue, where sometimes it will take a whole second for a button press to register.

There are many alternatives to Google Stadia that are mostly free. Project xCloud was made by Microsoft and allows your Xbox to stream directly to your phone or monitor. Steam Link works the same way, but with your entire Steam library. These services have the same, if not better quality than Stadia and yet they are still in beta.

So far, Google Stadia does not look like the future of gaming, and the traditional way to play will most likely be around for a long time.