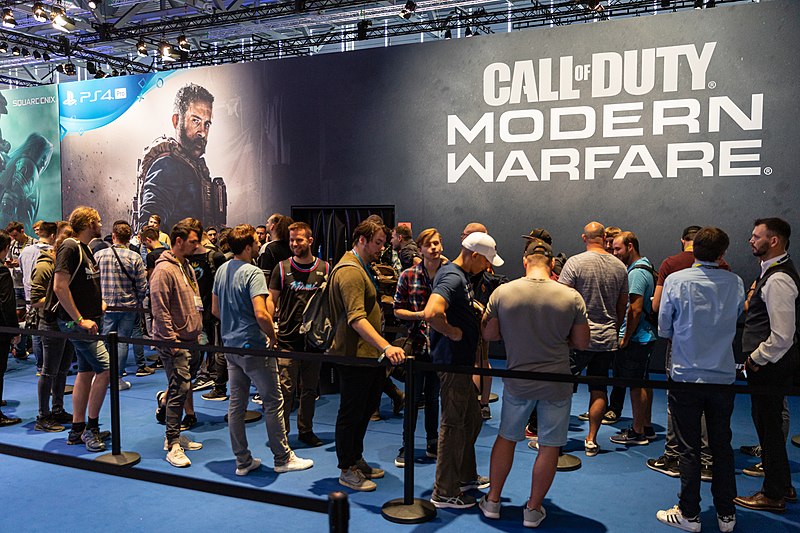 Most people who play or ever played video games as children remember running home on a Friday night from school and hopping onto the Xbox to play Call of Duty with your friends. So with a dying franchise, Call of Duty took a shot, and on October 25, 2019, millions of gamers waited in anticipation for the release of Call of Duty: Modern Warfare.

The hype behind this game was the strongest a CoD game has had in years. With several disappointing games being released year after year people were giving up on the franchise completely. But when the trailer for the game dropped, gamers everywhere got excited for once.

Activision, the studio that created the game, marketed it as a more realistic and darker storyline than any other CoD. But after nearly a month of playing the game, most players agree; it’s just plain bad.

The game sucks. The multiplayer is horrible and broken. Every corner you turn there is a claymore just waiting to kill you, and if you somehow survive that you somehow get sniped by .725 shotgun across the map. So much for hyper-realism.

And the maps feel like they’re recycled from older games. The addition of the new night mode maps completely changes how you create your loadout. In a night mode map you can’t even aim down your sights and are forced to hip fire the whole time.

The game does offer cross platform playing, which allows Xbox players to play with Playstation and PC players, which is great as it’s the first CoD to allow this, but it leaves one major issue; PC players have such an advantage over console players that it makes the game impossible to enjoy.

But there is a bright side to this dumpster fire of a game; the campaign is the best since Black Ops 2. The graphics are so realistic it’s hard to tell if you’re playing a video game or watching a movie.

This is due in part Activision’s brand new graphics engine. The storyline makes you become emotionally invested in some of the characters. It’s almost as if the story wasn’t written by some executives in a board room. It’s as if it’s a biography transferred into a video game at times.

In the end, the game sucks, but at least it is improvement. The campaign and special ops are the main selling points, as they are the things that don’t make you want to quit gaming completely. The multiplayer will make you want to throw your controller through a TV screen, but hey, at least you’re playing with your friends who own other consoles.