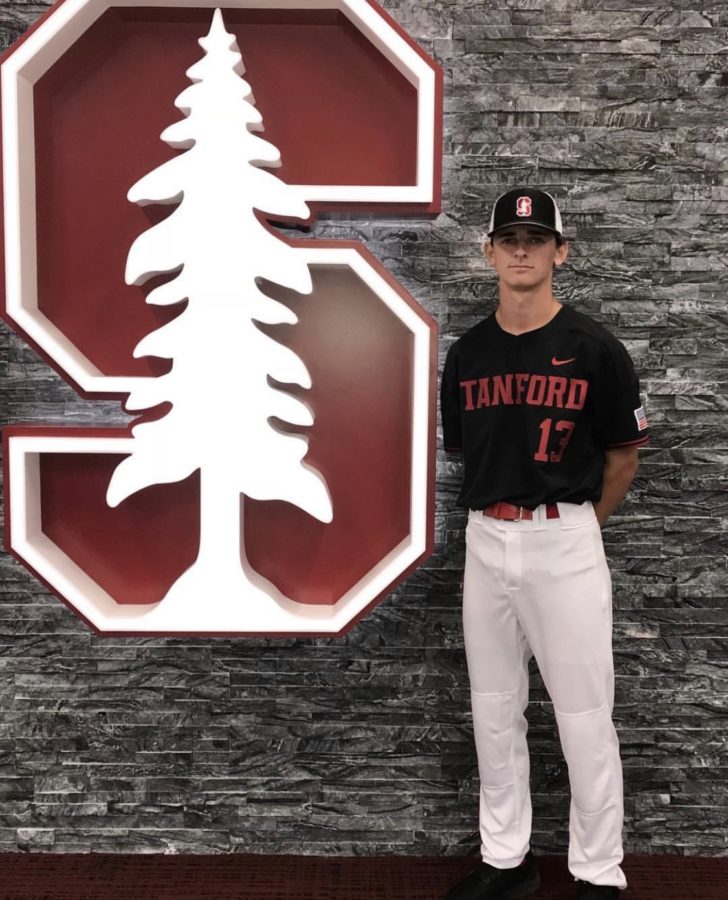 The idea of college is stressful. Where do you go? When do you apply? What schools will you get in to? For some talented students on the baseball team, these worries are not on their mind. Over the last year, five different schools have reached out to five different baseball players and offered scholarships to attend their college.

Tyler “TJ” Mccuistion, a junior, signed with California State University Long Beach. Senior Marco Pirrucello will head down to Fresno, to continue his baseball career at Fresno State. And three sophomores, Toran O’Harran, Brandon Larson, and Payton Brennan, have announced their commitment to play at Stanford, the University of Washington and UCLA, respectively.

Rocklin High will be sending baseball player Toran O’Harran to Stanford University, widely considered to be one of the best schools on the west coast, at the end of the 2022 school year. As a freshman, Toran was approached by Stanford, who recognized his potential as a baseball player and hoped to see him again as a future Stanford Cardinal. O’Harran did not let that incredible opportunity pass, and he committed to wear the school’s signature red in a couple of years.

“I committed on the last day of freshman year. I’m looking forward to attending one of the most prestigious academic schools in the world and meeting new people who could one day end up being the president,” Toran said.

With committing this early, it might be easy to have a very early case of senioritis. After all, there isn’t a need to get all worked up about having perfect grades to get into all different colleges. However, this is not at all Toran’s mentality or situation.

“Just because I committed doesn’t mean the work stops, if anything it has just started. School is going to be tough but in the end it will only make later in life more enjoyable,” he says.

Besides maintaining excellent grades, committing to such a good school at such a young age comes with lots of expectations and pressure.

“It was awesome, but it’s a lot of pressure to always make the right decision because you’re always under the microscope,” says Toran.

On August 18th, sophomore Brandon Larson became the second baseball-playing sophomore to commit to playing college ball. 841 miles North from Stanford is the University of Washington, where Larson will be spending his four college years. Another Pac 12 school with incredible academics and sports, Washington is a great school and adds another commitment to the resume for the class of 2022.

“I am excited for a few reasons. The first being that I will get to experience a new city and live in the state of Washington. Also, I am looking forward to going to school on UW’s beautiful campus. Lastly, I am excited to develop myself as a baseball player working with the coaches and meeting new people,” Larson says.

Similar to Toran, Larson’s work will not stop.

“Being committed doesn’t mean anything. I still have to push myself in school, sports and in the weight room to be the greatest I can be,” he says.

This upcoming high school baseball season, it is fair to say that the roster will feature many shining spots, especially with these five players. And with already five huge commitments, more are sure to come throughout the year. Baseball is taking Rocklin High students to places far and wide.