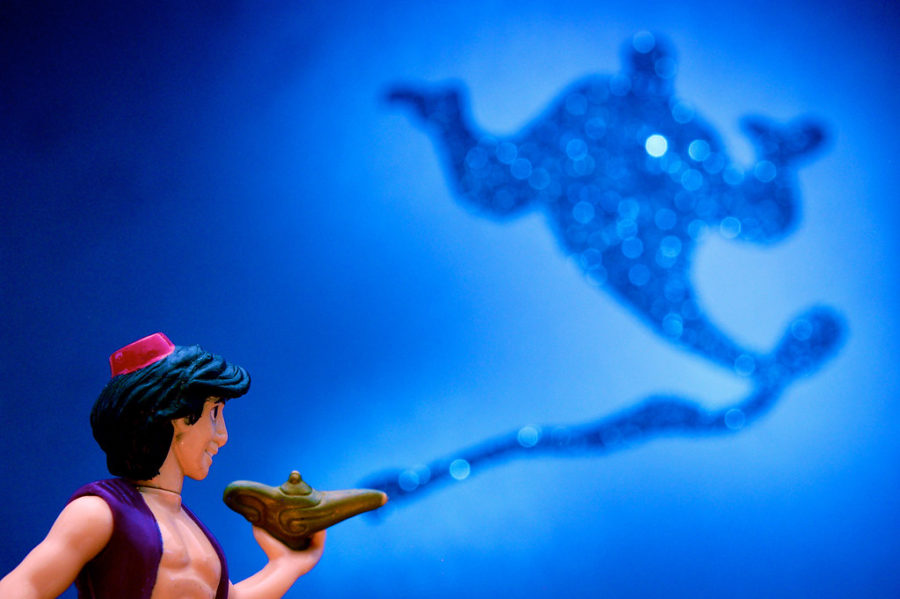 Disney’s live action Aladdin was released on May 24th, 2019. It’s already grossed over 100 million dollars at the box office.

The cast features Will Smith as the genie, Mena Massoud as Aladdin and Naomi Scott as princess Jasmine.

Many people were not looking forward to Will Smith playing the genie. Most people felt that he could never live up to the original actor, Robin Williams.

“I think the best part of the original Aladdin was Robin Williams’s performance as the genie. With Will Smith as the genie I don’t deny he can do a good job, but I don’t feel interested in seeing the movie when my favorite part is absent,” says Dylan Cassayre

While it may be true that nobody can live up to Williams, Smith did a great job. Rather than trying to be like Williams, he put his own spin on the character.

The acting was good, but something about the special effects felt a little off.

There are quite a few scenes involving elaborate dancing and gymnastics. Computer-generated imagery was used for many of the moves and watching it just felt unnatural.

Raja, the tiger, was also CGI and looking at him felt a little off as well. It looked lower quality than the animals in the CGI Jungle Book.

Naomi Scott put a modern twist on Jasmine. Rather than just being overall displeased with not being able to marry for love, she wants to actually be Sultan. She explains that if her mother were still alive, she would be horrified with how the people of Agrabah are treated.

She’s overall depicted as a much stronger, much more independent and mature figure. There’s no scenes of her crying over the fountain or anything else like that. She even has her own song about not being silenced.

Some of Aladdin’s encounters with Jasmine are also changed in the remake. For example, we are first introduced to Jasmine when she is already disguised.

Jasmine introduces herself as her handmaid Dahlia. This means Aladdin doesn’t figure out he’s been talking to the princess until after their first few interactions.

Aladdin also offers the merchant Jasmine’s bracelet instead of pretending she’s crazy to get out of the stealing situation.

Other than that, the movie follows the original plot very well. The sets are brightly colored and very nice to look at, and the costumes are beautiful.

The most underrated part of this movie was the cinematography.

Some of the most memorable shots include: the shots of the city of Agrabah, the aerial shots of the desert, the shots of princess Jasmine coming down the stairs of the palace, the Prince Ali parade, and the cave of wonders shots. All of these are mere examples of how great it all was.

The movie was overall not as bad as the majority of people expected it to be. If you enjoy Disney, you should definitely check out this movie yourself if you have the time.