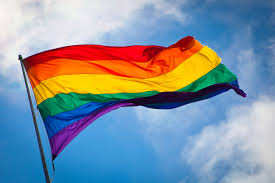 There was a recent uproar among the conservatives in Rocklin this past week. What are they angry about now, you may ask? The Rocklin district has made the decision to introduce a new curriculum into the social studies department, which will now include LGBTQ+ people in history.

Hundreds of parents, students and members of the community attended a board meeting, either to support or oppose the option at hand.

Rocklin High School students attended this meeting either for class credits, or general interest in the topic.

The opposition to this new curriculum feels that elementary school students are too young to be exposed to this kind of material. However, this begs the question: are children more aware than we think?

The word “gay” has long been used as an insult, synonymous with lame, stupid or annoying. It can be argued that young children only say this because they do not know the true meaning. In this case, would it not be better to have them learn the actual meaning of the word, so as not to use derogatory language?

The schools believe it is important for kids to know this information about important figures in history. It is crucial to the story of Harvey Milk to know that he was the first openly gay government official in California.

An argument being made is that elementary school kids will not understand what is being discussed. While this may be true, if you make the assumption that they do not understand, an assumption can also be made that some of the kids do understand.

It is important that we acknowledge the LGBTQ+ figures in history. We can not erase this part of history any more than we can erase George Washington. These people are just as impactful as any other being talked about in class.