A child with much more than a gifted mind. (Spoiler Warning!) 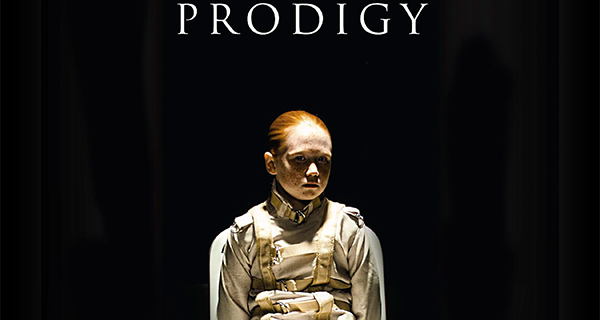 The Prodigy is a horror/ thriller film about a mother, Sarah, (Taylor Schilling), her husband, John Blume, (Peter Mooney) and her son, Miles (Jackson Robert Scott) and the entity that has taken over his soul. The entity is not a demonic spirit, but rather a serial killer killed at the same time that Miles was born.

The screenwriter Jeff buhler says, “ One of the things that I find soft and tiresome with traditional possession stories is, you know it’s a demon and there’s going to be a priest and a battle between good and evil, all of a sudden, you have an element that’s a variable we don’t quite understand.”

The “spirit” in Miles’ begins making himself known at the age of 8 when he starts to crave the taste of paprika and starts to use a foreign language and a remarkable sense of intelligence that his parents see as their miracle child.

As the film continues, and his mother becomes fully aware of the possession of her son, she begins to “help” Scarka, the serial killer in her son, with his last murder. The one that got away. She has hoped that maybe, if she helps him, he will release her son. According to the Los Angeles Times, “Schilling, who doesn’t have any children of her own, even ran the idea by other parents to determine how plausible the idea might be.”

When I first saw the preview I expected jump scares and paranormal activity, but instead it seemed like such a normal family with a very twisted touch. A part of me wishes there was more jump scares, just to keep the audience on their seat. It was a great movie, just not quite what I had expected. Overall, the slow yet intense build up really got into your head. It is impossible to not put yourself in the shoes of the mother, Sarah, and think, “what would I do?”. Even tho the conditions are outrageous the movie made it such a realistic possibility. For those interested in horror movies that will get in your head and leave you questioning the paranormal, The Prodigy is a great film to watch.