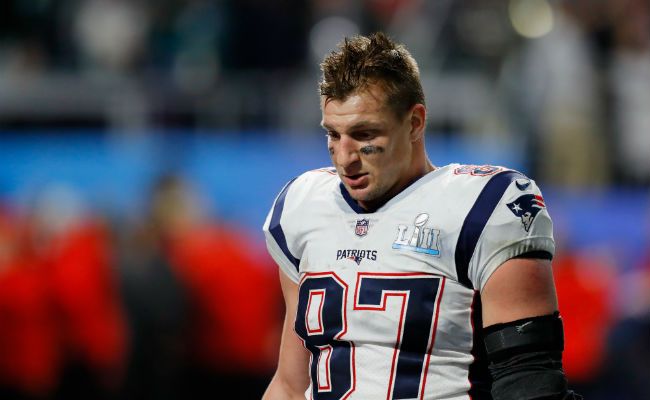 Football is starting up again, but this next season will be without one of its best. This past Sunday, Rob Gronkowski of the New England Patriots announced his retirement from the game of football.

Aside from being one of the NFL’s best players, ‘Gronk’ also had one of its most colorful personalities. From his famous Gronk spike touchdown celebration to all his antics on and off the field, he added a color to the league that will be missed by all.

Since drafted in 2010 by Bill Belichick and the Patriots, Gronkowski “caught a touchdown once every 6.6 receptions, and, as ESPN’s Matthew Berry pointed out, averaged 0.69 touchdowns per regular-season game. Both figures rank third all time among receivers with 500 catches or more, with Gronk trailing former teammate Randy Moss in both categories,” (espn.com).

This retirement will prove to be a big blow to the Patriots, as they will need to find a tight end to replace Gronk. This new tight end will have massive shoes to fill.

Not just any tight end will do the job; we have seen through stats just how much better the Pats quarterback, Tom Brady, worked with Rob than without. Brady had a lower completion percentage, yards per attempt percentage, and total quarterback rating when Gronkowski wasn’t in the game. He made a massive impact for this team and franchise.

But Gronk’s greatness wasn’t even close to restricted to on the field. A list of many things he did aren’t limited to: Shaving his head for pediatric cancer every year, visiting and playing football with a make a wish patient in his backyard, rolling in a wheelchair dressed as and elf inside a hospital to bring holiday cheer and dressing up as a ‘Gronkenstein’ for a pediatric patient holiday party.

This great man may be done with playing football, but he won’t be done giving back to the community with his incredible personality. One thing is for sure, though, Rob Gronkowski will go down in history as a legend.