College Scandals: Fake It Til’ You Make It

The Biggest College Cheating Scandal Ever Prosecuted in the United States 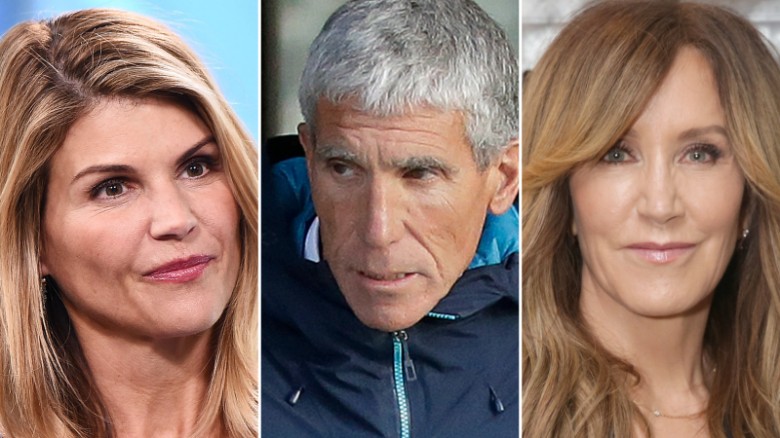 Social Media blew up this week after news that over 50 wealthy families took part in a scheme to get their children accepted into various colleges.

Federal prosecutors say that the scheme involved two things: cheating on standardized tests, and bribing school officials and college coaches to accept students as college athletes, even if they never participated in those sports during high school.

This was all arranged by William Rich Singer, CEO of The Key, a college admissions prep company.

Prosecutors say that some parents paid up to $75,000 per test in order to help their child get a better score.

“Full House, and her husband Mossimo Giannulli  were accused of allegedly paying $500,000 to have their two daughters recruited to USC as members of the rowing team,” a news source says regarding Lori Loughlin who played Aunt Becky.

Neither daughter had ever participated in the rowing team during high school. Instead, parents sent pictures of their daughters on a rowing machine.

Although college coaches can’t directly decide who gets into the college, they have a big influence in saying who should be recruited to the athletic teams, so having that recommendation could greatly increase their chances of being admitted into the school.

“The fact that Olivia Jade is well known and is so active in the social scene of Los Angeles makes it crazy to think that her parents could stage her daughters as rowing members” junior Raquel Kimm said.

Olivia Jade, who has a following of 1.4 million on Instagram, and 1.9 million subscribers on YouTube. Before  Considered a role model for young girls, Olivia Jade often posts beauty tutorials, and shopping hauls.

Before the scandal was uncovered, Jade came under fire for her disinterest, and ungratefulness toward her expensive and elite education. In one of her YouTube videos she discussed her admittance into college.

“I don’t know how much of school I am going to attend but  I am going to go in and try and talk to my deans and everyone, I hope that I can balance it all,  but I do want the experience of game days, and partying… I don’t really care about school.”

Olivia Jade has now disabled comments on all her social media, has not posted any material since the news was released and  has also been cut off from various brand deals such as Sephora and clothing brand Princess Polly.

Loughlin deleted all her social media and has not made any public comments.

All over the country, students and parents are outraged that wealthy families have been able to buy their way into opportunities, while others who had worked extremely hard were denied spots into universities.

Many Universities are starting internal investigations in an attempt to find anyone else who has been affiliated with the scandal.

Consequences have already been implicated on those involved. Loughlin was released on a $1 million bond on Wednesday after surrendering to the police.

Hallmark has dropped Lori Loughlin from her show “When Calls the Heart”, and will not air the season until scripts are changed.

The investigation remains active and federal prosecutors are still looking for additional targets. The parents are clearly the main drivers of this scandal, but it is unclear whether any of the students will be charged as well.

There are so many hardworking students who dedicate their entire childhood to getting into these schools, and still fail to make the cut because of how competitive the college scene is. With only a 16% admittance rate, USC is a highly competitive school.

Heartbroken students are being turned down from their dream school, while children of parents with wealth and influence take their spot.