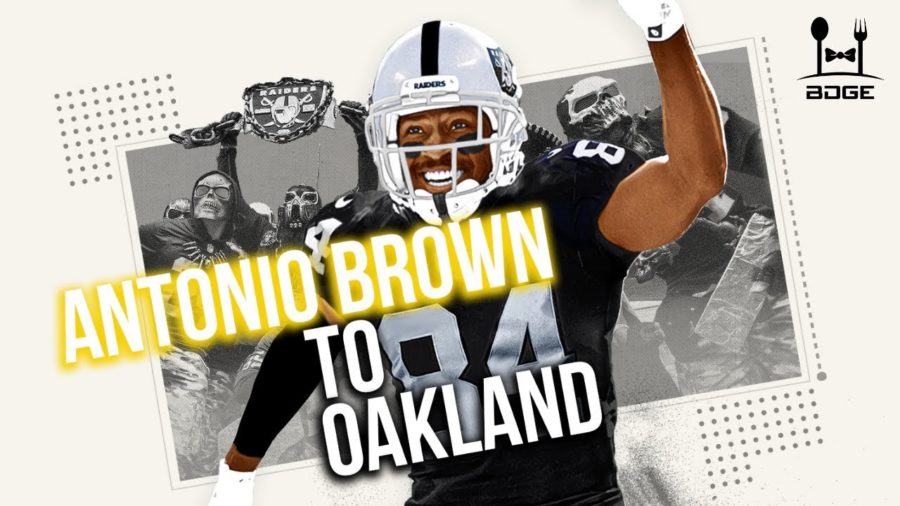 The NFL’s 2019 season officially began on Wednesday, March 13th. Teams are making room for cap space by trading away some of the biggest names in football. All of these shifts are for the upcoming draft in April.

So far, The local Oakland Raiders have been one of the most aggressive teams in actively trying to make changes. Arguably, the biggest change is for the best receiver in the NFL: Antonio Brown. Brown wanted to leave Pittsburgh due to drama with quarterback Ben Roethlisberger. The Raiders acquired Brown while trading away a third round and fifth round draft pick, a steal for a player of this caliber.

They also signed the largest current NFL player, tackle Trent Brown at 6’8” 380 lbs for four years at $66 million, making him the highest paid offensive lineman in the league at $16.5 million per year. Brown won the 2018 Super Bowl with the New England Patriots before being released.

The Raiders also released both of their main receivers last season, 2018 Pro Bowler Jared Cook and Jordy Nelson. To compensate they signed 6’4” receiver Tyrell Williams, who found some success with the Chargers the last year. They also signed free safety Lamarcus Joyner, coming off a career high 78 tackles with the Los Angeles Rams.

Oakland’s starting running back Marshawn Lynch and backup Doug Martin have both declared for free agency, leaving them with a big hole. They also have four draft picks, the most draft picks in the first 35.

Across the Bay, the San Francisco 49ers have made minimal moves, but have made some interesting additions. The main talk surrounding San Francisco is who they will pick with their #2 overall pick in the draft. The most popular projection, is taking Ohio State’s defensive end Nick Bosa, brother of successful end Joey Bosa.

With the new addition of edge rusher Dee Ford, the 49ers defensive line is largely upgraded. He recorded 13 sacks for Kansas City last season. They also have two former first round draft picks on the interior line, Deforest Buckner from 2016 and Arik Armstead form 2015. If the 49ers do draft arguably the best defensive player available, they will have one of the best defenses in the league.

They also acquired Atlanta Falcons running back Tevin Coleman on a two year $10 million deal. They now have three solid backs in Jerick Mckinnon and 2018 fill in Matt Breida. Mckinnon was expected to have a big 2018, but he suffered from a torn MCL.

The Bay Area should all around be a better region for football, as it can’t get much worse from last season. Both teams equally had terrible years with matching horrendous 4-12 records. Hopefully the Raiders do well in their last year in Oakland, and the 49ers with their fifth year in Levi Stadium.