Sexism: The Other Side

A look into the other side of sexism. 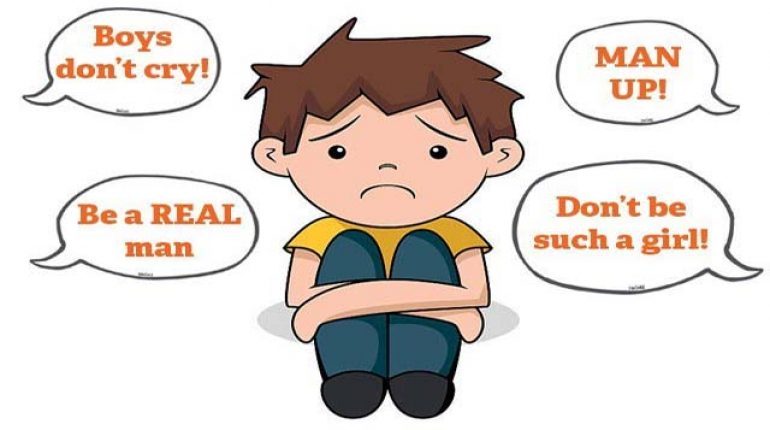 Sexism is a small issue in our large, large planet that societies still suffer from. You might think we’ve solved this problem, but, in actuality, that is the farthest thing from the truth.

When people think of sexism, they mostly think of the same thing: men downplaying women. While that is indeed an issue, has been since the beginning of time, that is not the core of the problem. Sexism cannot be blamed on men alone because this is something both men and women are guilty of.

For centuries, men have been discriminating against women by keeping them home and burdening them with the idea that women only exist for their reproductive organs and “living for family only”, and that is a solid fact you cannot deny.

True as that may be, it’s high time we stop ignoring the other side of this problem.

In today’s society, some fundamentalists still maintain their narrow mindset, and women are definitely in that group. There are still many women that believe it is solely man’s duty to get a job, not a woman, but even worse is that they believe all men should act “manly”. To some women, men should not have “girly” qualities and they immediately shame any man that doesn’t work, wears makeup, behaves in a “feminine” manner, etc.

If a woman wears pants, no one bats an eye at this, but if a man were to wear a skirt, it’s a scandal? A woman can wear makeup and get complimented, yet a man can’t even get a smile if he has it on? Why can’t a man express himself as freely as a woman can?

It has reached a point where extreme feminists believe that all men are evil and must all be shamed, and they justify such disgusting behavior by saying that “men have been beating us down since the beginning, why can’t we do the same”? When someone makes a mistake in history, we’re supposed to learn from it, not repeat it and justify revenge with flimsy excuses!

If you’re constantly hating on men, it’s no surprise that you haven’t found a “good man” yet! If you keep expecting bad things, that’s all you’ll find.

Another no-no we, mostly women, do, is mistaking facts for sexism. It is a biological and scientific fact that women are physically weaker than men. Women simply can’t achieve the amount of physical power a man naturally has no matter how much they train because it is scientifically impossible. Even so, when this is stated factually by a man, he’s labeled as “sexist scum”?

This isn’t all on women, nor is it all on men. Both genders are guilty of this, but people still continue to shame only men for this. Just because women have been hurt by this in the past, that doesn’t mean that it’s okay if women were to “return the favor”.

Women have suffered from this for thousands of years, and still do, but let’s not pretend that this doesn’t hurt men too, because it does, now more than ever in this age of extremist feminism.