This is Spinal Tap, This Movie Goes to Eleven

The bizarre and goofy story of spinal tap 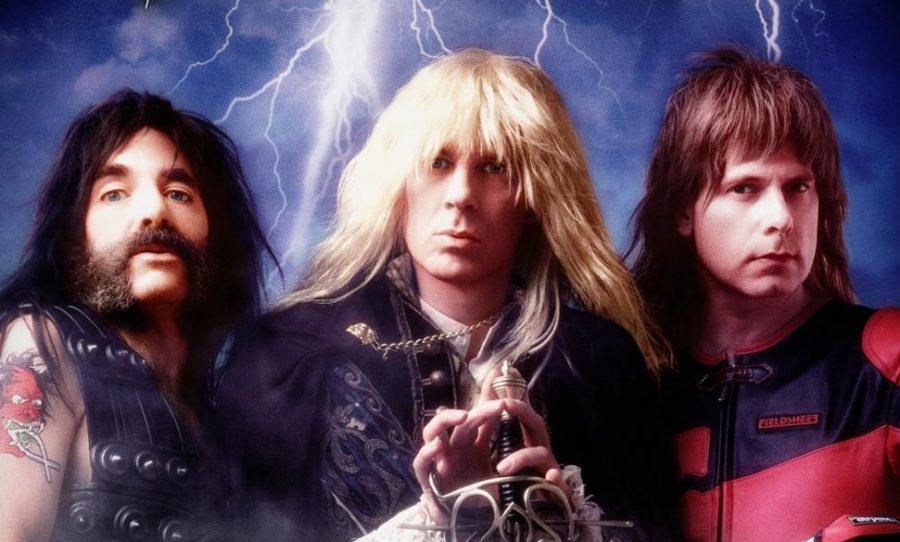 This Is Spinal Tap is a weird and goofy spoof documentary movie about a rock band. This movie was good because it shows a really good representation of how a rock band will lose their fans over the years especially from 70’s transforming into the 80’s. The movie had lots of jokes such as the bassist (Harry Shearer) who gets stuck in a stage prop pod or when they get lost looking for the stage. It also has some pretty catchy songs like “Stonehenge” and “(Listen to the) Flower People.”

Upon releasing their new album the band’s record company sabotages their new record cover, concert tour and ruins the bands reputation. With all stress and the singer’s (Michael Mckean) girlfriend who tries to “Yoko Ono” the band, the guitarist (Christopher Guest) suddenly leaves the band during a performance.     They later reunite after they found out all the other stuff is not important rather than just playing music together.

There are many cliches to keep everybody laughing such as spoofing The Beatles, tiny stone hedges three bassist in one song, amps that go to eleven, and the constant replacing of the dead drummers.

They got a great director (Rob reiner) who also directed Stand By me and it is amazing how he could a comedy instead of drama. It had great actors such as Michael Mckean who appeared in Laverne and Shirley and Planes, Traines, and Automobiles and Harry Shearer who appeared on The Simpsons and The Truman show. Surprisingly it is a really short movie it is 1 hour and 25 minutes. Unfortunately it is rated R and definitely had countless F words, but you have to realise it’s a movie about a rock band.

This movie deserves a 4 out of 5 star rating. The only critique would be that the dark knight of the soul part was weak because we didn’t see Christopher Guest resolve his problem when he left the band. Otherwise it’s a fun nostalgic movie and to quote Rob Reiner “It is to captivate the sights, the sound… the smells of a hard-working band on the road.