Batman from a different perspective 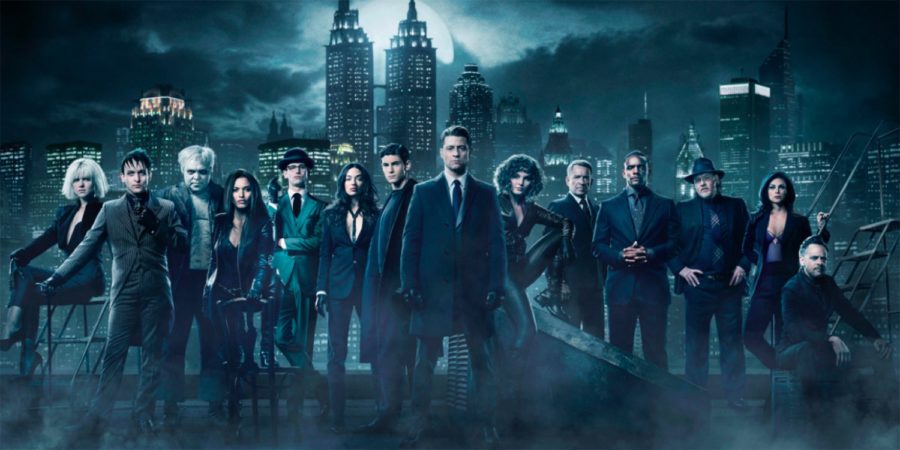 Gotham is a TV show based around the Batman comic books, but from a whole new perspective. Like every Batman story, the show begins with the murder of Bruce Wayne’s parents, the same thing the viewers have seen time and time again. Immediately after this is when the story becomes its own, instead of skipping ahead to Batman, we stay with Bruce Wayne and the city of Gotham, before Wayne grows up.

And this show doesn’t just follow Bruce, in fact he’s not even the main character. “Gotham” follows the origin of many classic Batman villians and heros, from Catwoman to The Riddler, from The Penguin to Mr. Freeze. The main character, and the one who is given the most screen time and the most compelling story arc is Detective James Gordon.

Detective Gordon goes through a dynamic moral struggle throughout the first few seasons as he tries to figure out how to police a city run by crime. He learns that following the law is not always the best course, but he keeps his morals close to heart in order to be sure that he is always fighting for the right side of the law.

While the way that the show is shot, constantly switching from character to character, is interesting it can also be overwhelming. There are times where the viewer will get lost and forget key details and plot points. But the show does a perfect job of explaining everything again through subtle dialogue for the more confused viewers.

One of the poorer aspects of Gotham is that no matter what happens, you can always be sure that no one will die. And even if they do they will find a way to come back to life, normally in a dramatic way. This is true for nearly every important character, or else Batman would never come to be without his foes.

Since this shows been on the air for many years, we’ve seen the younger cast mature as time goes on. This helps provide the show with a subtle timeline and helps us see some of the ways that the characters have grown.

Overall, Gotham has interesting, overlapping plots and many constantly evolving characters. It is an action packed detective/superhero drama that is definitely worth a watch from anyone that can handle a fair share of graphic content.