We have seen an increase of E-Cig Use Among Teens. 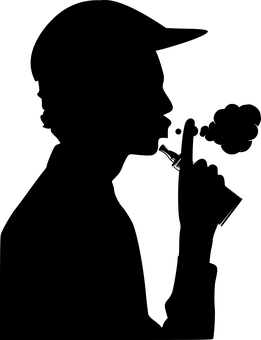 Since the release of Cigarettes in 1865, people worldwide have suffered the side effects of a nicotine addiction. Unfortunately, due to newer technology, this deadly addiction is now popping up amongst children and teens.

The modern e-cigarette was invented in 2003 by Chinese pharmacist Hon Lik, but the business has continued to expand through other companies such as Joyetech, SMOK, and Aspire. Companies involved in the E-cigarette business use appealing flavors to trick kids and young  adults into using their products.

Although they sound sweet, these e-cigarettes contain one of the world’s most addictive chemicals, nicotine. Nicotine in humans causes irritation and burning sensations in the mouth and throat, increased salivation, nausea, abdominal pain, and other gastrointestinal effects.

Even though there are several health risks that come along with nicotine, many teenagers have decided to look past the issues and join in on the absurd crave because it is so addicting.

“Once a couple people at school started using nicotine, all of a sudden it seemed like everyone had to have it, even if they had no interest in what it actually was, they just want to be apart of the new cool thing,” an anonymous source said.

The teenage years can be extremely stressful, and at times, seem impossible to survive. Undergoing pressure-filled events can cause someone to depend on something they normally wouldn’t; such as drugs and alcohol, or in this case, nicotine.

“I started using nicotine because it helped me take my mind off of all the stress and stuff going on in my life even though it’s a very temporary feeling,” an anonymous source said.

Teens are especially sensitive to nicotine’s addictive effects because their brains are still developing, which makes it easier to get hooked. Using nicotine during your teen years can also rewire your brain to become more easily addicted to other drugs.

“It’s really annoying seeing groups of people cramming into bathroom stalls together just to vape. If you have to go your of your way to hide what you’re doing, you shouldn’t be doing it,” said another anonymous source.

Nicotine is not a toy, it is an addictive drug that is capable of harming your body. For those struggling with unwanted addictions, there are websites such as Smokefree.org that offer support and helpful tips.