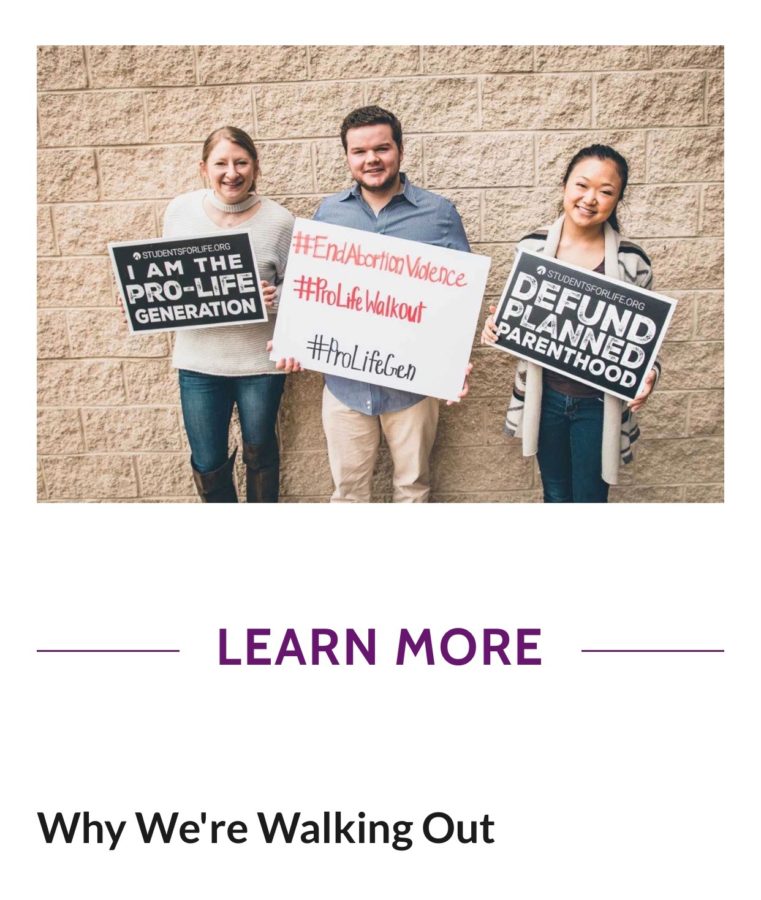 Following the nationwide walkout in protest of gun violence, RHS junior Brandon Gillespie challenged administration with an anti-abortion walkout “to honor and commemorate the lives of the millions of unborn children that lost their lives to abortion.” While this idea gained several supporters, it also gained several critics.

“I believe abortions are very relevant to teenagers in general, because teenagers can get abortions if they get pregnant and they don’t even have to tell their parents if they decide to get an abortion,” Brandon said.

However, this is simply not true; only about a dozen states allow minors to have abortions without parental knowledge or consent, though these laws differ from state to state.

But what it all comes down to is the question of the double standard.

“I don’t think that the school should support any protest, honestly. But I think because they allowed the first protest, they should allow more because if they refuse to allow the one, it would show a double standard,” said Brandon.

According to the website prolifewalkout.org that Brandon cited on his Twitter, the 17 minutes is to “honor the 10 children who will violently die during that time at a Planned Parenthood abortion facility.”

The website further goes on to copy and make mockery of the anti-gun violence slogans that students have been implementing.

#EnoughIsEnough has been one of the slogans used by students to talk about school shootings to say, “we have had enough and we demand change.”

This hashtag was used in the article on the website along with #EndAbortionViolence on a poster.

There certainly are valid reasons to hold these beliefs and protesters have a right to walk out and voice their views. However, making mockery of the hashtags used specifically for gun law reform and other aspects of the school safety walkout is just not the right way to do it.

Their imitation of these statements prove either their lack of originality or lack of maturity. Either way, this walk-out is taking place on campus to “kneel and pray for the end of legal abortion in our nation.”

We support the anti-abortion’s right to protest but we question the adopting of words and structure from the Parkland students.