What Rocklin High Students are Saying 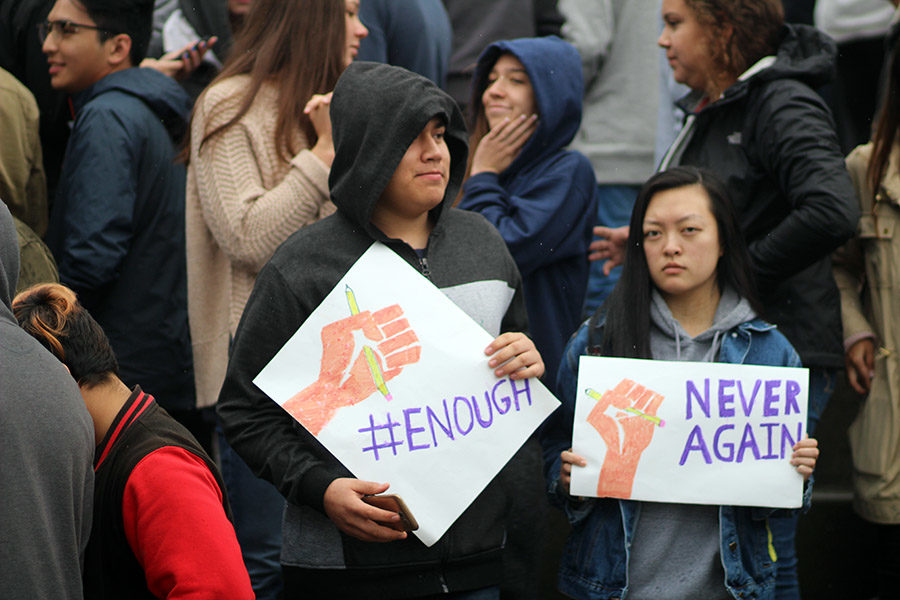 In honor of the seventeen Parkland High School shooting victims, Rocklin High School students banded together to host a walkout in protest to the lack of action in gun reform. The event took place in the outdoor amphitheater at 10 am, following the guidelines of the #NationalSchoolWalkout. Here is what students both participating and not participating had to say.

“I went because I support making a change to

“I’m pretty mad because they decided to make it about kids with mental illnesses instead of guns, which this

topic is really all about, and they painted the kids with mental illnesses as monsters and freaks.”

“I’m kind of surprised so many people came out. That was really cool.” -Victoria Bonifacio

“I’m here to support anti-gun laws. Partly for the lives, but this is mainly political.” – Drew Harris

“This walk out made me feel very emotional, because it was more of a memorial than I was expecting, but I also feel

very proud because even though it was raining, it was beautiful to see so many students, and even staff, showing their support

and standing up for the future they believe in.”

“I am very proud that the school is taking initiative even though historically,

I mean, we consider ourselves a small school, but I think it shows a lot of heart that even in our small size, that we are tying to contribute to making a change.

The people who organized this are young sophomores apart of the Youth Club, you know, it’s very inspirational that we are contributing to this.”

“I didn’t think so many people would be here.” -Andrew Olsen