The Future of Football

Is the NFL Going to Stay Relevant? 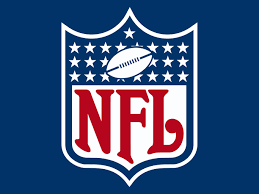 This may not seem drastic, but to the NFL 10 percent means 1.6 million average viewers and it only gets worse from here. The wild card games this year also took a large hit in ratings.

The NFL was not the only one impacted by the drop in ratings, ESPN had the lowest drop in ratings of the four largest NFL game streamers (since 2016), with an 8 percent  decrease. FOX had a 9 percent drop, NBC had 10 percent and the largest drop by any network was CBS at 11 percent .

The largest cause of the rating drop this year was the protest of the national anthem. But the protesting around the flag didn’t start in 2017, they started in August of 2016, with Colin Kaepernick. Kaepernick sat on the 49ers bench in the first two preseason games, unnoticed. It wasn’t noticed until a journalist took a photo of him in the third preseason game.

His actions inspired less than ten players to kneel for the 2016 season, but 12 players raised a fist instead.Kaepernick was interviewed and asked why he was kneeling for the national anthem.

Kaepernick told the interviewers,”I’m going to continue to stand with the people that are being oppressed. To me, this is something that has to change. When there’s significant change and I feel that flag represents what it’s supposed to represent, and this country is representing people the way that it’s supposed to, I’ll stand.

Kaepernick sparked a fire in the NFL, even after he was released from the 49ers after the 2016 season.

Kneeling in the NFL seemed to become more common than uncommon in the 2017 season with  200 players kneeling in week 3. The president made multiple remarks on the issue through Twitter. In Trump’s tweets he explicitly said kneeling is disrespectful to the flag and America.

“The NFL has decided it will not force players to stand for the playing of our National Anthem. Total disrespect for our great country!”, a tweet by trump in regards to the kneeling in the 2017 NFL season.

However, one story that came from the protesting was of someone who didn’t protest. Alejandro Villanueva.

Villanueva is an O-lineman for the Pittsburgh steelers and made headlines after week 3 of the NFL season. Mike Tomlin (Pittsburgh coach) told the team to stay in the locker room to stop any controversy.

Villanueva, an ex-army ranger, went against the coaches wishes and stood by the locker room exit. Villanueva was interviewed and he was apologetic to his coach and to the fans.The fans in return to Villanueva’s actions bought his jersey and was the #1 selling jersey that week.

Large business owners are seeing the rating drop and want to take advantage of it. Vince Mcmahon, owner of the WWE, made the XFL, an alternate football league that failed in 2001. But rumors are, Mcmahon sold $100 million in stocks to open another league up. He also filed five trademarks for football related titles, such as the “URFL” and “United Football League”.

Mcmahon, on thursday 1/25, said the new league will have no gimmicks as the NFL and the 2001 XFL did. He gave a few rules the new league would have,“We are evaluating a player based on many things, including the quality of human being they are,” McMahon said. “If you have any sort of criminal record or commit a crime you aren’t playing in this league.”

Mcmahon also made clear, any political comment or stance will result in a ban from the league,”People don’t want social and political issues coming into play when they are trying to be entertained. We want someone who wants to take a knee to do their version of that on their personal time.”

With Super Bowl LII just around the corner, the NFL is looking for commercials to entertain as much as the game going on, but controversy came up with their decisions.

A veterans group named AMVETS wanted to have their ad in the Super Bowl, but were denied because the NFL states it made a,”Political statement”. The commercial featured a honor guard holding a flag and text at the top saying,”#Please stand”.

The group and the NFL tried to compromise on what they would put in the commercial, but the NFL would not let anything about “standing” or “kneeling” in their commercials because “The Super Bowl program is designed for fans to commemorate and celebrate the game, players, teams, and the Super Bowl,” said NFL spokesman Brian McCarthy in the statement. “It has never been a place for advertising that could be considered by some as a political statement.”

Brian McCarthy, NFL vice president of communications, stated in response to AMVETS,“The Super Bowl program is designed for fans to commemorate and celebrate the game, players, teams, and the Super Bowl. It has never been a place for advertising that could be considered by some as a political statement”.

Politics in the NFL are not treating their ratings well, fans are the money that fuels the NFL, and the fans aren’t liking what they are seeing. The NFL has the highest ratings on television but how far will the ratings drop next year and the year after that? The NFL as a whole is going to have to think about where they want to go as a league especially since other, alternative leagues may be on the rise.