“Humanz”: Worth the Wait?

Gorillaz return after seven years with their highly anticipated album 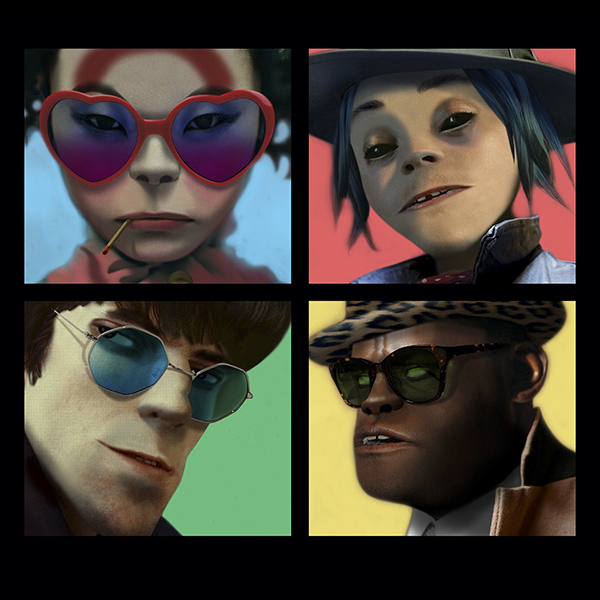 The Gorillaz became one of the most unique and intriguing bands when they debuted in 2004, because of their electronic based far-reaching sound complete with a virtual band. They released three extremely acclaimed and popular albums from their debut “Gorillaz,” their 2005 album “Demon Days” to 2010’s “Plastic Beach.” After a seven year absence, fans were ready for new material.

“Humanz” is the title of the new album, and it takes an immensely different direction from their previous records. The album is complete with lots of new material, including 26 songs spanning over 65 minutes.

In typical Gorillaz fashion, the album is full of features. One of the most appealing aspects of the Gorillaz is their ability to transform an extremely diverse group of guest appearances into a cohesive sounding album. On their previous album “Plastic Beach,” the likes of Lou Reed, Bobby Womack and Snoop Dogg are all expertly incorporated features into a synonymous sounding record. They manage to pull this off due to a few key factors that are not present in their newest album.

Damon Albarn, the lead singer of the Gorillaz is featured much less in this album than previous projects. This is the first reason the features aren’t implemented as smoothly. With Albarn taking either no role or a very limited role in each song on the album (with few exceptions), the songs end up being overtaken by the featured artist.

“Ascension”, featuring Vince Staples sounds an awful lot like a Vince Staples song with slightly different production. “Saturnz Barz”, featuring Popcaan shares a similar fate. This goes the same for a lot of the tracks on this project. This wouldn’t be so bad if it wasn’t for the lack of the Gorillaz signature clean, polished and off kilter production.

The goofiness and slightly cartoonish production in previous albums seems to be lost entirely in “Humanz,” which again makes for a project that sounds more like a compilation of songs rather than a cohesive album.

That isn’t to say there aren’t highlights on the album, or that the album is necessarily bad in a traditional sense. The album consists of good or decent songs that just don’t sound like the band many fell in love with.

Unfortunately, in seven years Gorillaz have stepped away from their original sound, and they’ve moved toward a patchwork quilt of an album that presents a stark contrast to previous projects.