Rocklin students are educated about rape culture in Krakauer’s "Missoula". 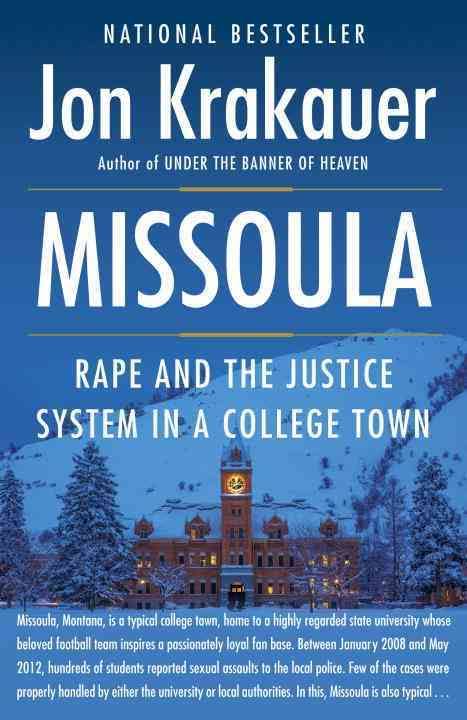 As this year’s graduating class (myself included) prepares to leave the safety of high school and enter the “real world,” many of us feel unprepared for the realities of living on our own and out of the safety of our parents’ houses. However, there is one often-overlooked element that many fear (and rightly so): sexual assault.

Coming to terms with the harsh reality of sexual assault statistics can be daunting. Although RAINN (the Rape, Abuse and Incest National Network) states that “11.2% of all students experience rape or sexual assault through physical force, violence, or incapacitation”, it’s difficult to attach this number to the faces we see every day. And even more so to truly understand the danger students are in.

Recently, Jon Krakauer has tried to address this issue in his book “Missoula”, which came out in 2015. This book has been sweeping across the Rocklin campus, with students finding it disturbing, uncomfortable and, importantly, essential to any student entering college.

Over the course of his book, Krakauer details his investigations of a surge of sexual assault cases occurring in Missoula, Montana over the span of four years. He tells the story of several students, reporters, attorneys and defendants to show the injustice occurring within the court system.

Senior Alex McKinley, who recently finished the book, says that Krakauer “busts every misconception about rape and clearly articulates that rape culture… [is] a very underestimated problem that people from all political backgrounds and all genders need to address.”

Senior Hiruni Perera agrees. “Anyone will benefit from understanding just how badly sexual assault trauma affects people,” she says, and adds, “I do mean anyone, male or female.”

Although it might be easy to brush this book off as being only applicable to women, Alex and Hiruni both clearly disagree. The rape culture and unjust court system, as Krakauer points out, requires both genders to help fix. This problem is pertinent to anyone, but especially students who are planning to leave for college this fall.

“This book is… completely terrifying, but equally important and essential. I would obviously recommend this book to everyone, and I do,” says Alex.

Although it’s an uncomfortable read, Missoula is deeply relevant and highly recommended. At the end of the day, Krakauer’s book serves as a warning, a call to action and a lesson to each of us, and hopefully will inspire change in both culture and policy.