Everyone has fallen in love with Ed Sheeran’s new album 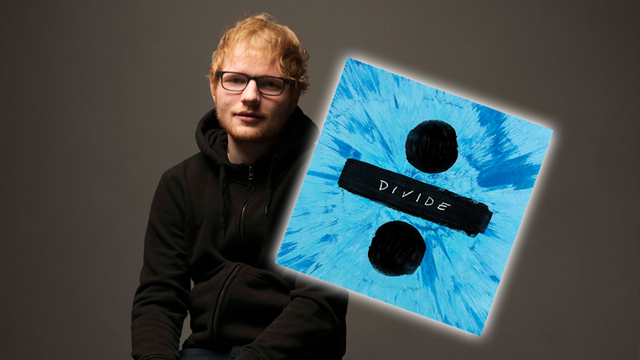 The release date for Ed Sheeran’s new album “Divide” has been one of the most anticipated days for anyone looking forward to hearing Ed’s new work.

It became clear to his fans that the album would be released shortly when snapchat began to promote his new single “Shape of Your Body”.

Released on March 3, 2017, “Divide” has left everyone speechless for a variety of different reasons. The harmonic melodies he uses to establish particular themes that typically become a taboo subject for young artists.

One song that has become a source of inspiration for many is “Save Myself”, where Ed sings about how you cannot be there for someone else if you have not spent time on yourself first.

Ed takes the song to a deeper more personal level when he admits, “I drown it with a drink and out-of-date prescription pills.”

This song is one that sheds a light on the importance of self love. In a world that puts pressure on people to always be there for others, Ed talks about how sometimes you need to focus on yourself before you can be in the right frame of mind to help others.

Once again he has successfully related to his fans in a way most artists find difficult.

Some are even turning to social media to express their excitement for the new album. “Divide is a Godsend, the whole album is so good,” said Holden Ellis on Instagram, @_holdenellis.

Another song that practically left the world in tears is “Supermarket Flowers”. Written as a commemoration for his grandmother after she passed, this song can be relatable to all who have suffered the loss of a loved one.

Being in the recording studio at the time he received the news, made it so that he immediately picked up his guitar and began pouring out his emotions. Realizing the pain his own mother must have been experiencing he decided to write it from her perspective singing, “You were an angel in the shape of my mum.”

He originally decided against adding it to the album, but after performing it at her memorial service his grandfather convinced Ed that the song was too beautiful to be kept from the world.

Although this song had many of us in tears, the album is also full of many uplifting and inspiring songs that have made us all question the way we live our lives.

One of the songs that really points our society’s priorities is “What Do I Know?”, where Ed sings, “Love could change the whole world in a moment,” and boldly claims that people are only focused on, “exponential growth and the stock market crashing in the portfolios.”

This has caused us to evaluate what we choose to center our lives around and how a life lived with love could change this world’s lifestyles. Alongside the song’s deeper message Ed has chosen this song to really show off his musical talent with a combination of different sounds that make it nearly impossible not to sing along with him.

Despite the love people are expressing for the new album, for many their admiration of his work goes farther back than 2017.

Many people were first introduced to his unique sound through his revolutionary hit single, “The A Team”,here Ed Sheeran utilizes an upbeat melody to mask the severity of the situation this song alludes to. Regardless of how the song’s meaning touches your heart, it quickly became a fan favorite.

He then become even more popular in the music industry when this song was nominated for Song of the Year at the 2013 Grammy Awards.

Ed released his first album, “+”, in the September of 2011, and the sales for this album skyrocketed. People quickly fell in love with each of the songs on his “+” album, and before the world’s eyes, a massive ardent fan base developed around him known as Sherrios.

Since the “A Team” Ed has released lots of new material that each time left the world craving more.

One thing for certain is that Ed Sheeran never fails to disappoint his fans, always blessing them with a new song for every occasion. Even though “Divide” has left us nothing but positivity and happiness, we will all wait in anticipation for his next album.