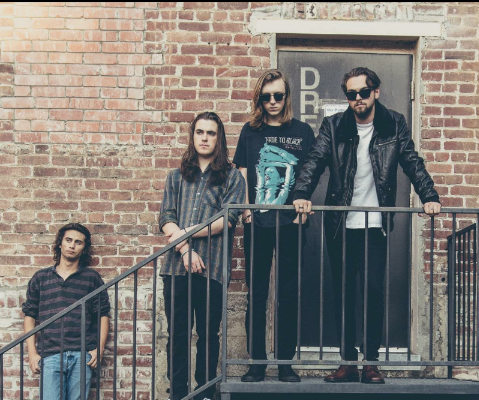 Former Rocklin High student Devon Murray, has been involved with music since he was a child. After graduating in 2015, he has managed to form The Usual Haunts with some of his closest friends.

“I think it’s really cool that they grew up here because if they end up making it big, we can kinda brag about it,” said sophomore Dylan Karczewski.

In the past year, the Rocklin and Whitney graduates have traveled up and down the west coast performing their music. The band recently returned from their second tour, performing in the SoCal area. Their newest album, “Living is Easy,” was released on August 10th and was celebrated with a sold out concert at the Auburn State Theatre on August 20th.

After attending one of their concerts, sophomore Lauren Gerber said, “I really like their music. It’s not like the kind of music that’s overplayed on the radio so it’s nice to hear something new and unique.”

“I love like kinda mellow music and having a local band that plays the stuff that I like is awesome. Especially because the kind of music I listen to isn’t necessarily popular,” says sophomore Elizabeth Tsiunchik.

With previous songs being in the top 40 hit singles in Japan, the band is expected to reach other milestones on their road to success. Their manager, John Murray, has recently submitted a few songs to be nominated for a Grammy, which the band will be attending in February 2017.

Despite growing up in the small town of Rocklin, these guys have put in their best effort in making it big doing what they love. They are all determined to make their dream come true, and because of that, they are on the road to success.