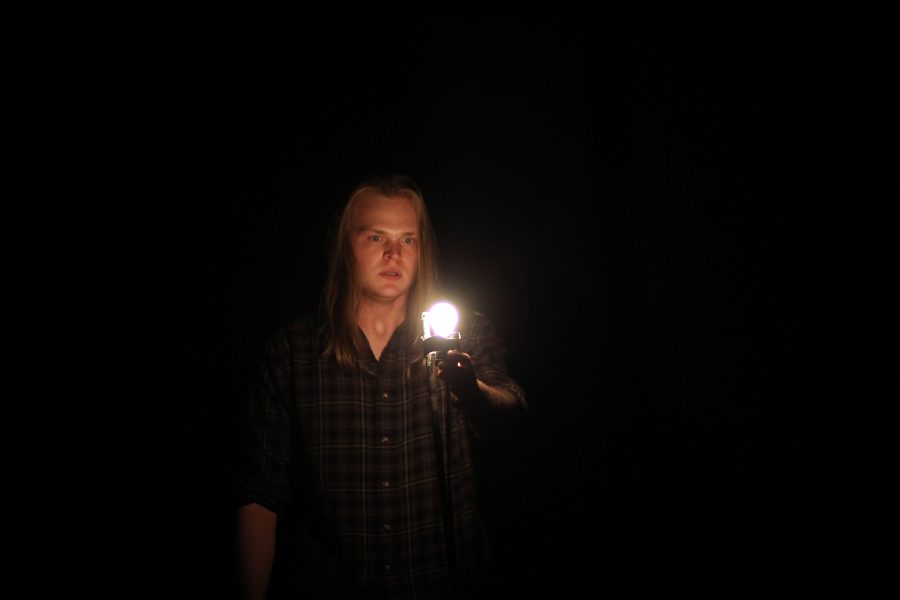 For months nobody spoke of the mysterious fall theater preparations. Every actor, while not anonymous, was committed to silence. Nobody knew what Ghost Light had in store for them and on Nov. 2, theatergoers no longer had to guess.

Once everyone had their tickets taken by somber faced ushers, they were seated and the lights immediately went out. As the audience was submerged in pitch darkness a light appeared on stage to reveal Devin, played by senior Michael Kleinfelder, who delivered an eerily unsettling monologue to kick off the show.

As the performance progressed and the plot thickened, the room was filled with a heart pounding tension that could be felt from one audience member to the next. On multiple occasions, viewers were nearly startled out of their seats screaming. Every actor delivered a very consistent and energetic performance that left people either in tears or in stitches.

And that was what made Ghost Light such an enjoyable show all around. There was a massive deal of comic relief amongst the bloodcurdling screams and trembling instrumentals that permeated the theater that left everyone laughing out loud. The storyline was perfectly balanced in that way.

Since there were no intermissions, everyone had to stay confined in the cool darkness sitting side by side for the whole hour. The transitions from scene to scene were both quick and seamless which allowed hardly any time for you to take a deep breath.

Overall, Ghost Light was a huge success that got everyone genuinely shaken up. This was another incredible production from Rocklin’s theater program. The show continues tonight at 7 p.m. and on Saturday Nov. 5 at 7 p.m., with no matinee.